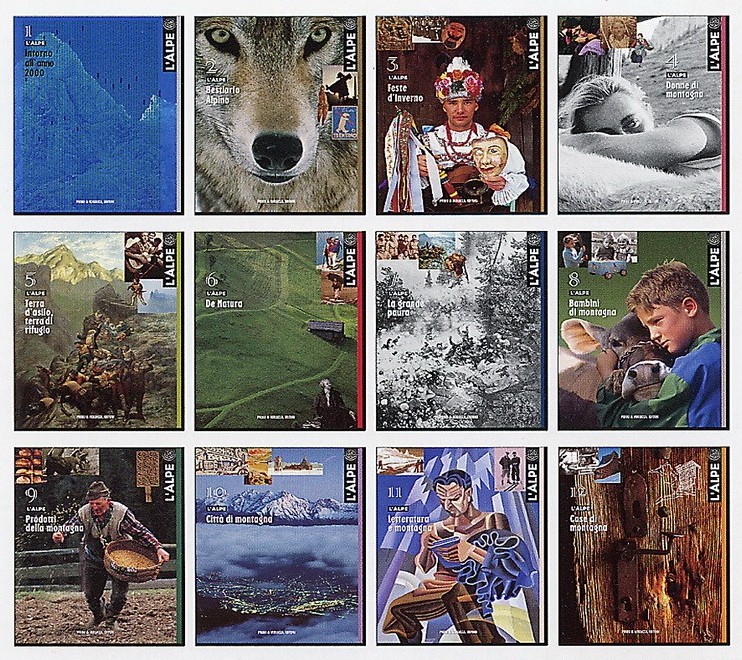 The new international magazine called L'ALPE, is a result of the collaboration between Priuli & Verlucca publishers and the French partner Glénat: two magazines with the same name and the same objectives on the two sides of the Alps. The Italian edition whose authoritativeness is guaranteed by a scientific committee led by the historian Daniele Jalla, is directed by Enrico Camanni and is based on a refined monographic system combined with a section dedicated to general features. With the aim of unifying what was missing, helping scientists to communicate, bridge university and administrations, and above all disseminate the knowledge concerning the mountain. Proving that Alps are the hinge and not the barrier of our Europe.

Entirely dedicated to the cultures of Alpine Europe, with particular attention to the traditional and new elements of commonality connecting the two sides of the Alps, with international vocation of confrontation and meeting, L'ALPE uses every historical, geographical, archaeological and ethnographic approach to tell - with scientific expertise and popular language - the extraordinary forms of life of the Alpine people.

The last issue of the magazine was released in December 2008.